EPLUS CONTINUES TO BE UNDER ATTACK!

​Santa Fe, NM – The New Mexico’s Elk Private Lands (EPLUS) program is under attack again. Despite the program working to maintain one of the largest, healthiest herds of elk in the nation and a $500 million-a-year hunting economy, some so-called sportsmen’s groups are dead set on destroying it. Why? For a fractional increase in their odds of drawing a trophy elk tag.

A coalition of farmers, ranchers, landowners, outfitters, guides, sportsmen and recreationists is fighting back. The group has launched the Save EPLUS campaign to inform the public and New Mexico’s decision-makers of the many benefits of the program.

Those benefits include thousands of good-wage jobs in rural communities around the state, says Kerrie Romero, executive director of the New Mexico Council of Outfitters and Guides. “The hunting economy is really critical for the health and livelihoods of New Mexico’s small towns.” A 2014 study conducted for New Mexico’s Department of Game & Fish found that New Mexico’s hunters and anglers spend more than $613 million on their recreational activities and contribute another $51.4 million to the state’s economy in labor, income and taxes.

Along with the economic boon to the state, the program provides direct revenue to farmers and ranchers that helps keep working lands out of development so they can continue to provide the food, fiber, habitat and scenery New Mexicans enjoy, says Lawrence Gallegos, NM field organizer for the Western Landowners Alliance. “These groups try to paint every EPLUS allocation recipient as some rich out-of-stater, but the truth is, most of them are native New Mexican owner-operators trying to cobble together a livelihood from their land. EPLUS is a key piece of that. If it goes away, some will be forced to sell out.”

New Mexico’s farmers and ranchers also face real challenges from the state’s abundant elk. “In some parts of the state, ranchers regularly see their haystacks raided by elk,” notes Loving-area rancher and New Mexico Farm and Livestock Bureau board president Craig Ogden. “They also compete for forage with livestock on grasslands and knock down fences. Earning some money from elk hunting is just breaking even on providing elk habitat for most folks.” 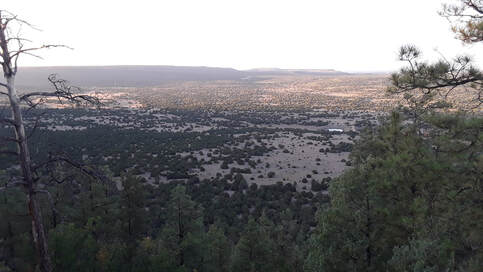 The method that the New Mexico Department of Game and Fish (NMDGF) utilizes to compensate landowners for the essential habitat and water resources they provide to wildlife on private property is called the Elk Private Land Use System (EPLUS). In most other states the Game and Fish agency compensates landowners for essential wildlife habitat and water contributions through direct monetary reimbursement payments. NM's system is unique in that our landowners are allocated hunting permits which they can sell on the open market. EPLUS is an ingenious system which has taken the NMDGF decades to perfect and has established NM as a leader among other western states. 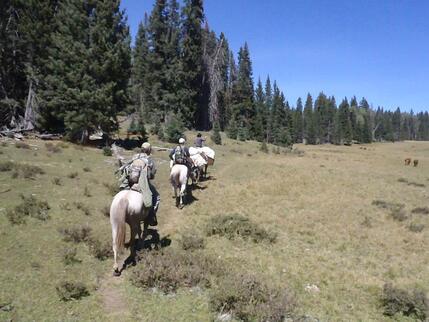 NMCOG  understands the crucial importance of private landowners to the survival of NM's wildlife. ​Landowners in NM provide vast amounts of habitat and are a critical source of water in our arid landscapes. In some areas, private landowners provide the only water resource for many miles around. Landowners have spent generations, and millions of dollars, caring for New Mexico’s wildlife. They invest in habitat restoration projects, they leave water wells pumping even after the cattle are gone, they thin forested areas to promote grass growth, and they provide refuge for wildlife seeking to escape heavy pressure from public land hunters. Landowners should be compensated and incentivized for the essential conservation they provide to wildlife; and they are through EPLUS.
Hunting & fishing is the highest grossing outdoor recreation tourism industry in NM. The hunting/fishing industry is a billion dollar per year segment of NM Tourism. Representing the highest grossing Outdoor Recreation small businesses in the state. NM hunting and fishing outfitters operate on both public and private lands, frequently partnering with landowners to facilitate hunter/angler opportunity on lands that would otherwise not be accessible to sportsmen. All outfitters are business owners who pay NM Gross Receipts Taxes on all their trips and on every landowner permit. Outfitters provide jobs in very rural communities where unemployment is often at its highest. Outfitters additionally pay 3% of their gross income to the Forest Service and the Bureau of Land Management to operate commercially on federal lands.
Read our response to Senator Heinrich & to the ABQ Journal
Click HERE to read the original ABQ article
Click HERE to read Heinrich's original Letter